The SFO was established in 1990 as a response to the fallout from the 1987 share market collapse and the ensuing economic recession in New Zealand, which exposed fraud on a scale not previously seen in New Zealand. At that time, there was a perception that New Zealand was not equipped to deal with the investigation and prosecution of complex financial crime. 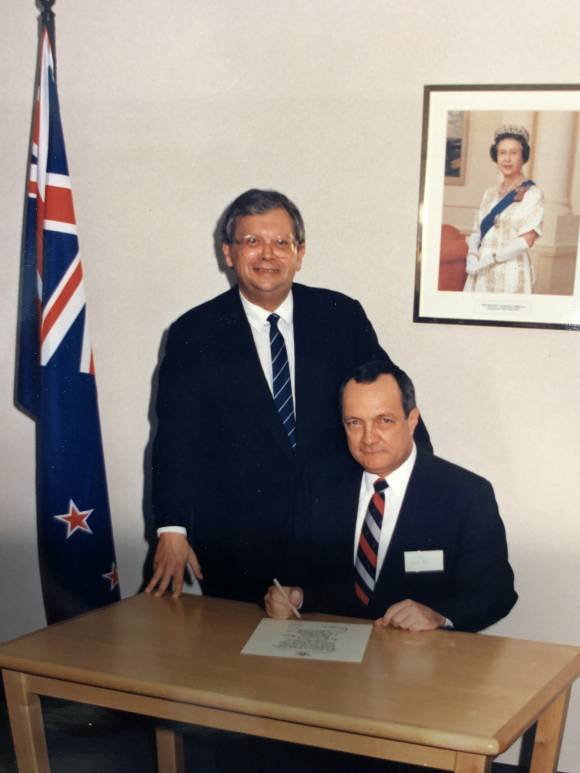 Opening of the Serious Fraud Office, 1990

“There is no doubt that before the establishment of the New Zealand SFO there had been a general failure of law enforcement agencies and regulatory authorities to identify and stem the flow of serious fraud offending.” Charles Sturt

The Hansard account of the debate surrounding the introduction of the Serious Fraud Office Bill records the following comment from the then Prime Minister, the Rt Hon Geoffrey Palmer, “It [fraud] is a very deceitful and nefarious activity that is often conducted by people with respectable reputations in the community. It is very hard to discover and it is very difficult to prosecute successfully. Indeed, many people think that a lot of the behaviour that goes on is aided by modern technology – especially computers. People who are financially sophisticated and have great investigation skills – a multi-disciplinary team of people - are needed to deal with the problem. The Bill provides that. It provides adequate protections for people who may be subject to it, but it also provides new techniques and new ways of ensuring that those people can be brought to justice effectively.”

In the years following its creation, the SFO’s powers were characterised by the courts as “draconian” and “powerful and wide ranging”. In more recent times, as other enforcement agencies have been granted substantially similar powers to investigate misconduct, the nature and extent of the SFO’s powers have attracted less judicial comment.

The SFO would not be able to carry out its functions without the powers contained in the SFO Act. Fraud, bribery and corruption offences are extremely difficult to detect and successfully prosecute and requires the SFO to have powers which give us access to material that is not readily available. Resolving these matters is typically not dependent on eyewitness evidence, but instead requires a detailed forensic analysis of (primarily) electronic information and lengthy testing of a suspect’s version of events.